Our most important goal — and most difficult challenge — was understandability.

There were numerous points in the design of Raft where we had to choose among alternative approaches. In these situations we evaluated the alternatives based on understandability.

We used randomization to simplify the Raft leader election algorithm. 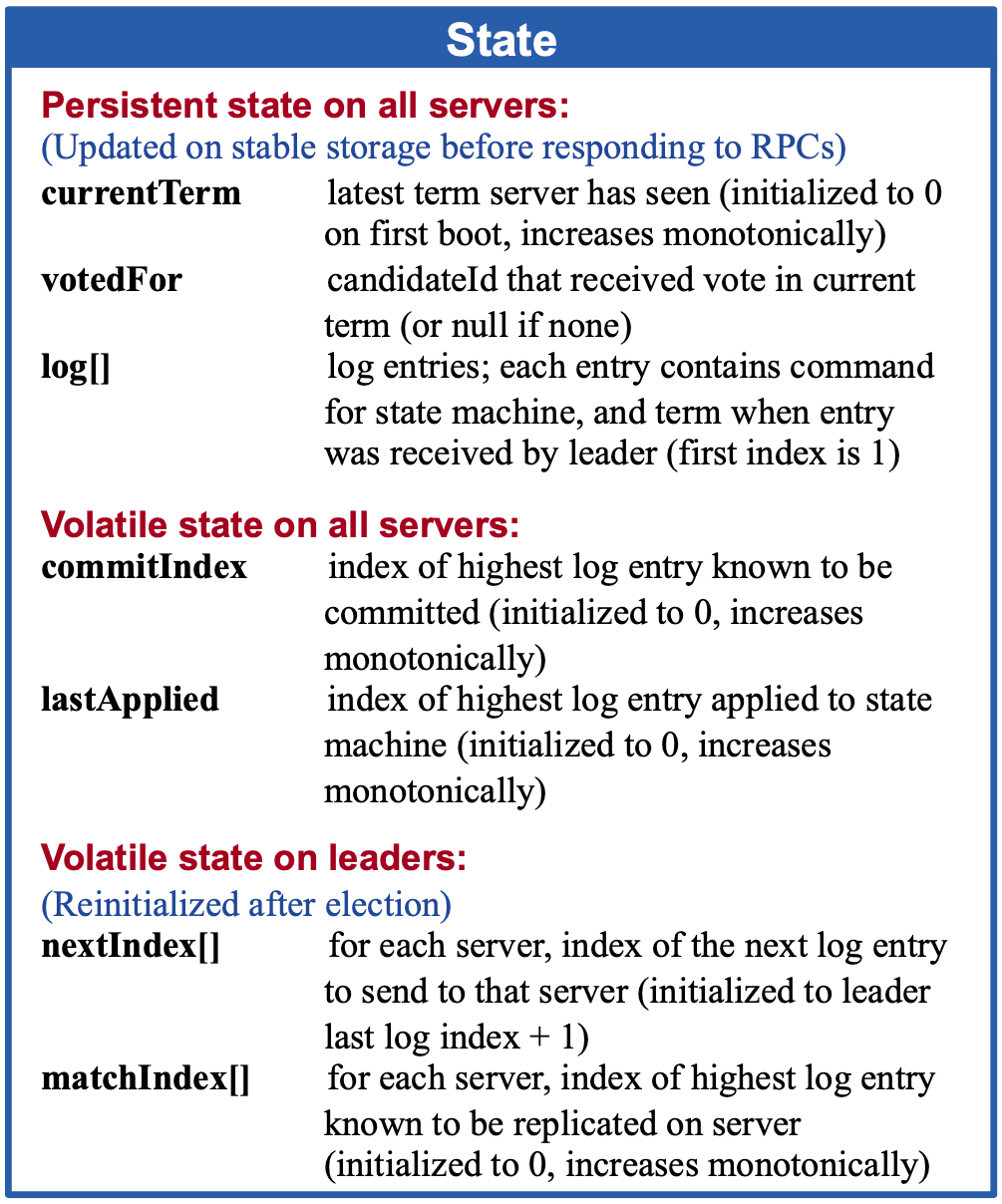 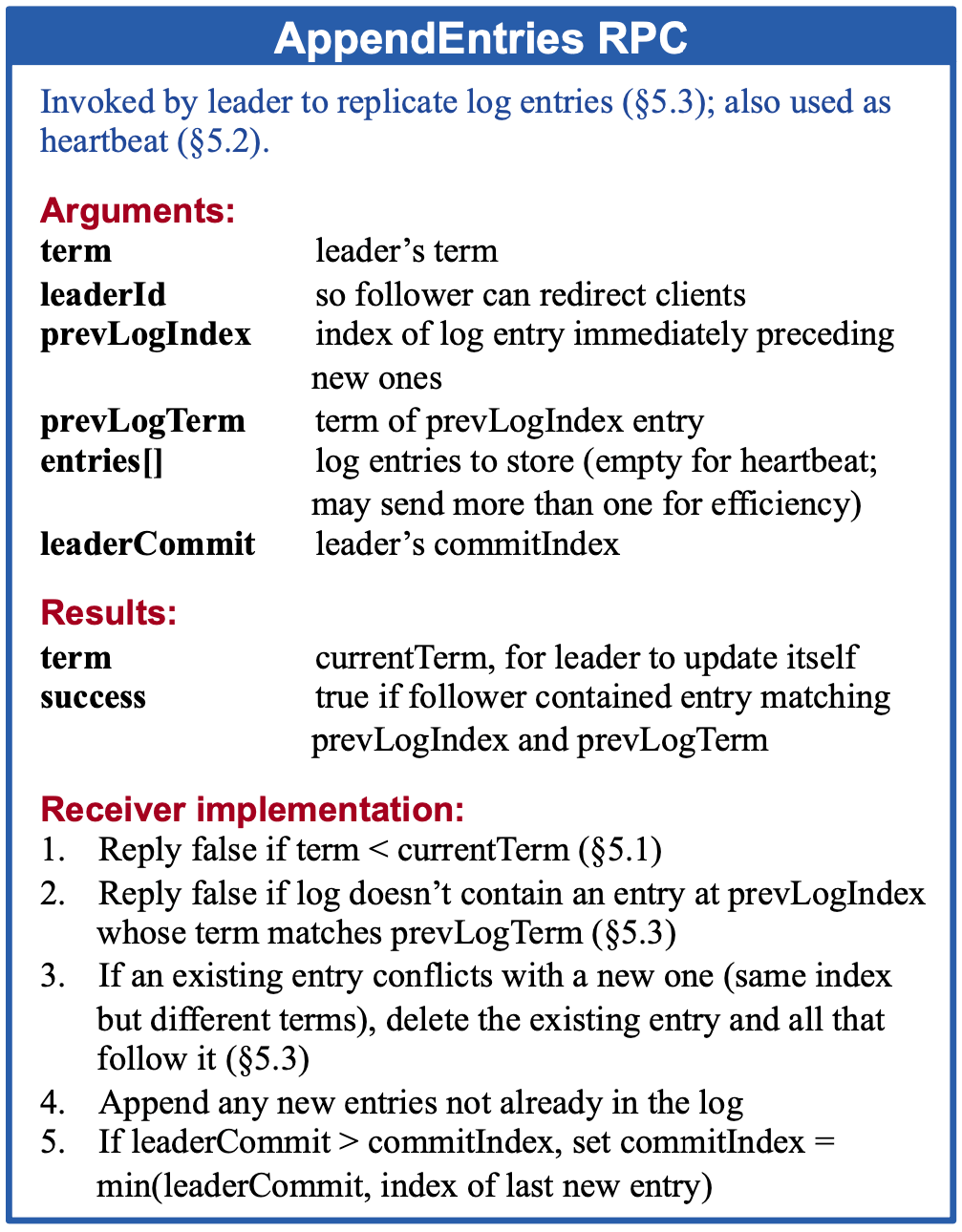 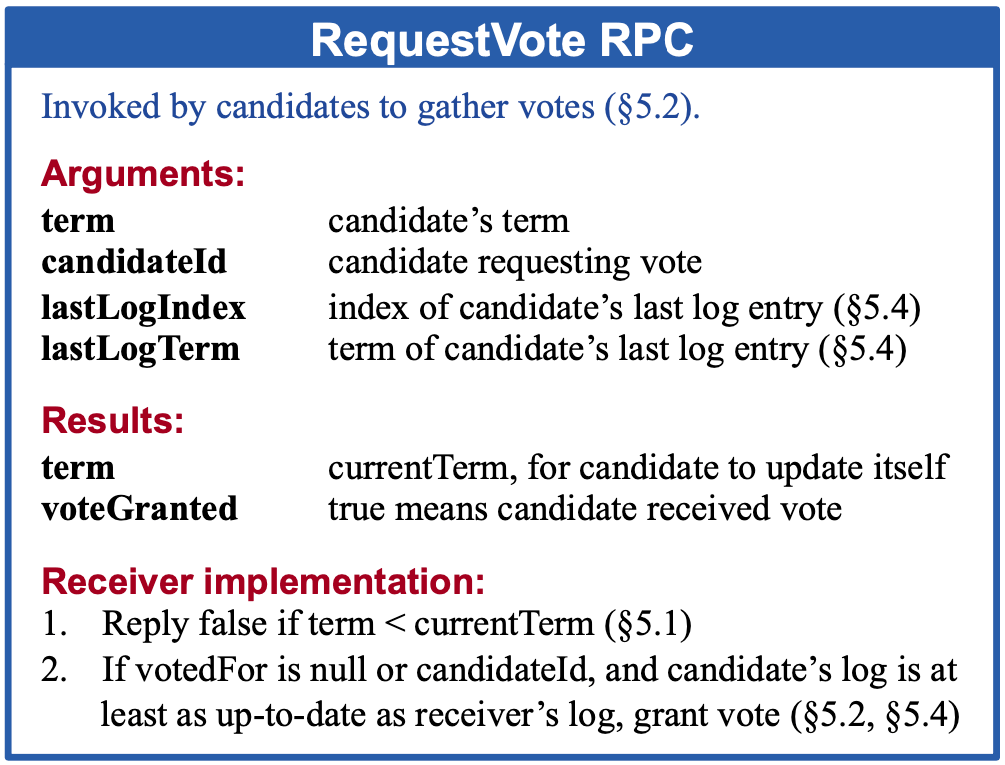 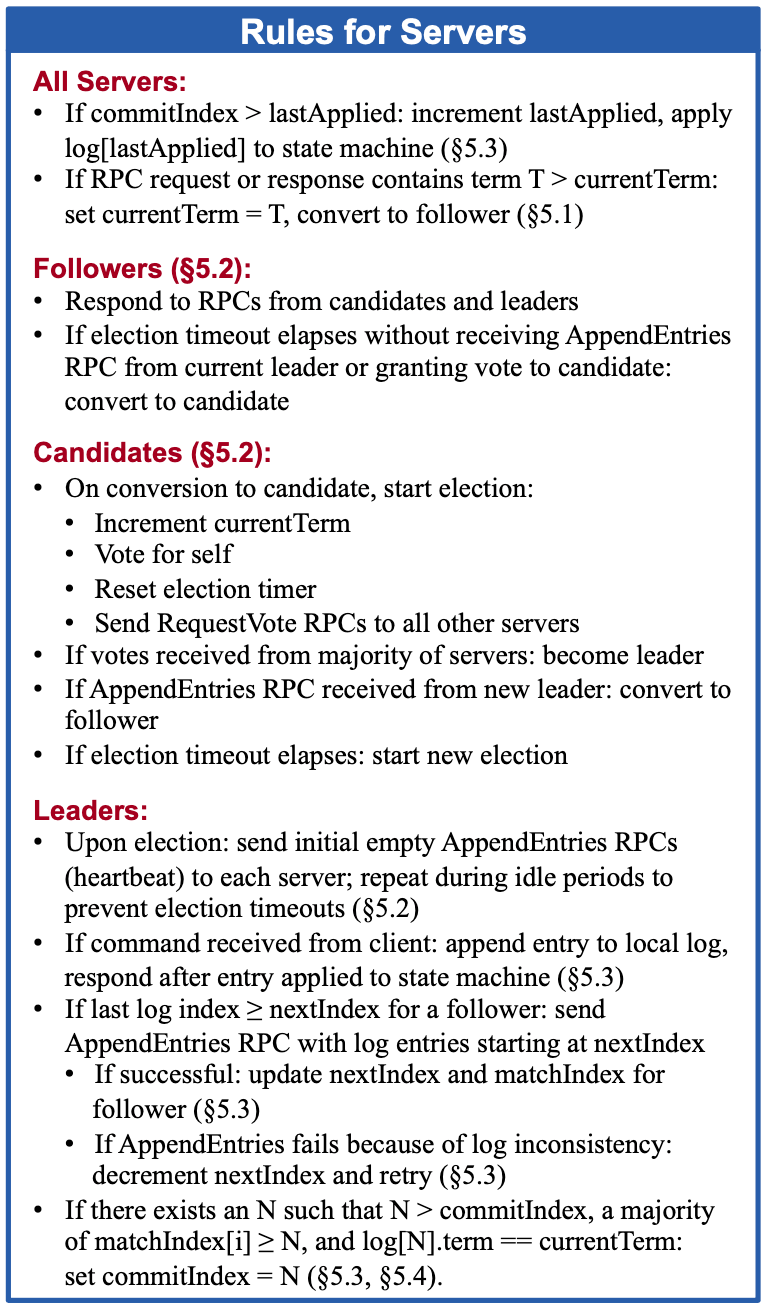 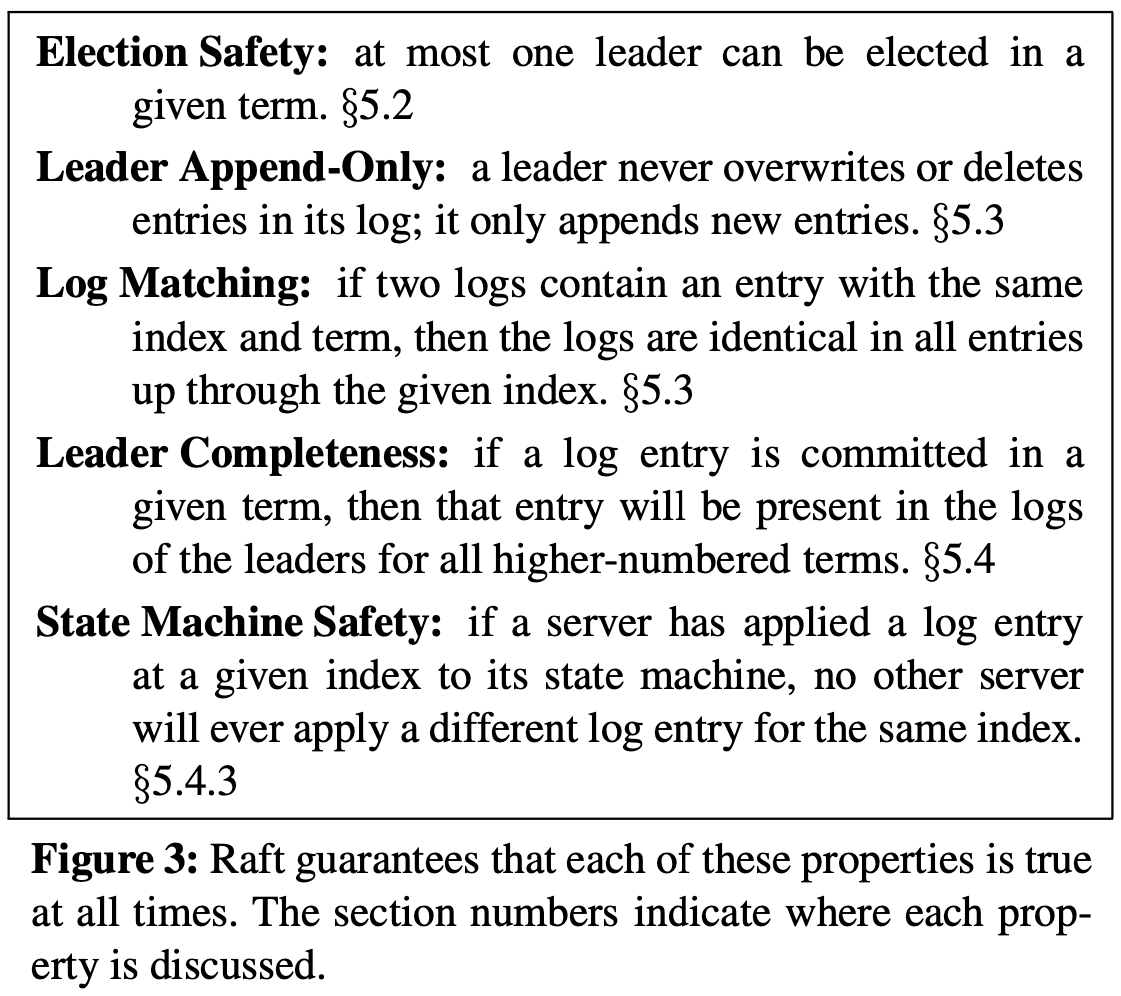 Raft implements consensus by first electing a distinguished leader, then giving the leader complete responsibility for managing the replicated log. 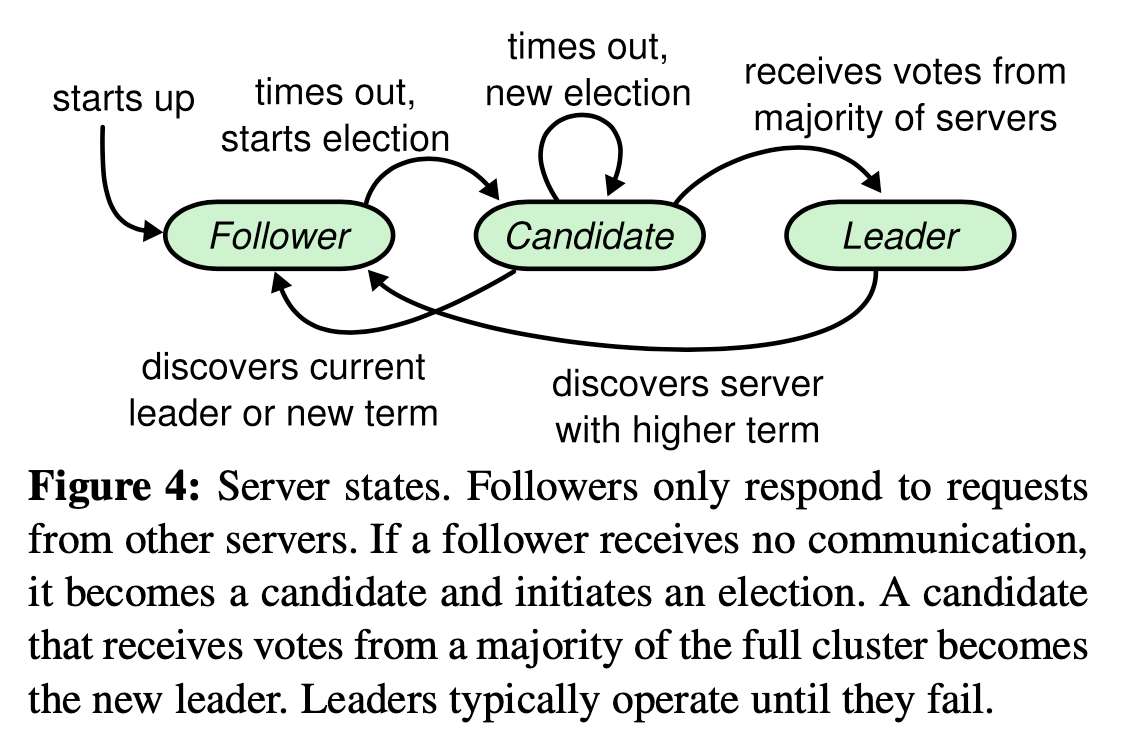 At any given time each server is in one of three states: leader, follower, orcandidate. In normal operation thereis exactly one leader and all of the other servers are fol-lowers.

Followers issue no requests ontheir own but simply respond to requests from leaders and candidates.

The leader handles all client requests.

Candidate is used to elect a new leader.

Raft divides time intotermsof arbitrary length. Terms are numbered with consecutive integers. Each term begins with anelection. Raft ensures that there is at most oneleader in a given term. 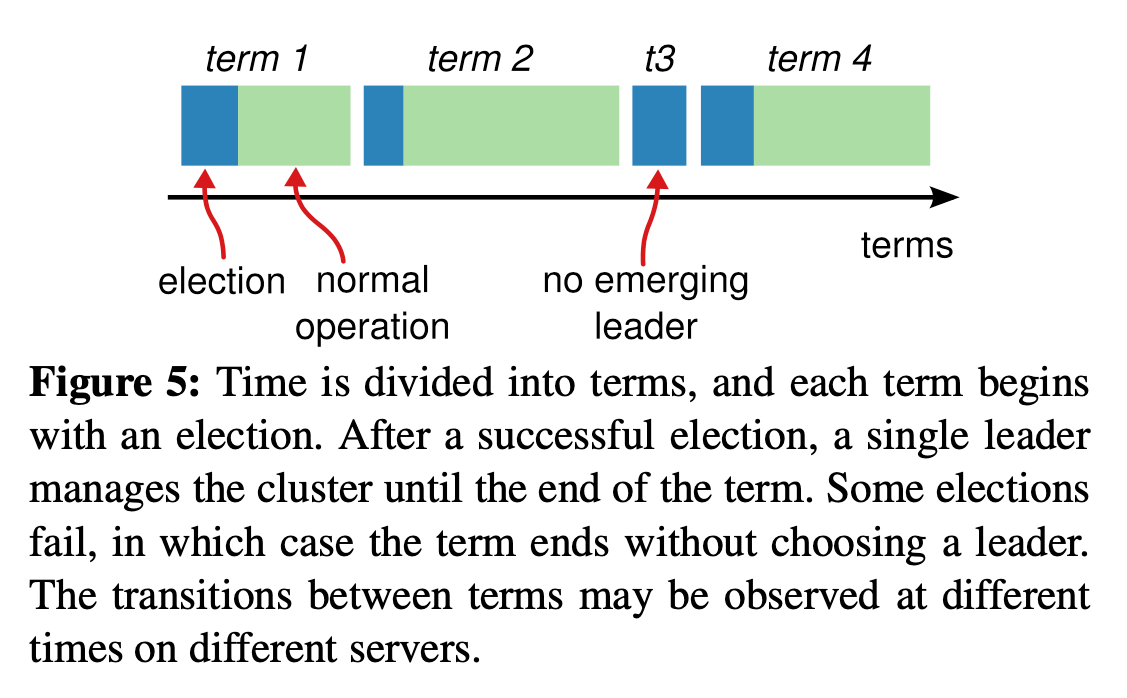 Terms act as a logical clock in Raft. Each server stores a current term number, which increases monotonically over time. Current terms are exchanged whenever servers communicate; if one server’s current term is smaller than the other’s, then it updates its current term to the larger value. If a candidate or leader discovers that its term is out of date, it immediately reverts to follower state. If a server receives a request with a stale term number, it rejects the request.

Leaders send periodic heartbeats (AppendEntries RPCs that carry no log entries)to all followers in order to maintain their authority.

If a follower receives no communication over a period of time called the election timeout, then it assumes there is no viable leader and begins an election to choose a new leader. 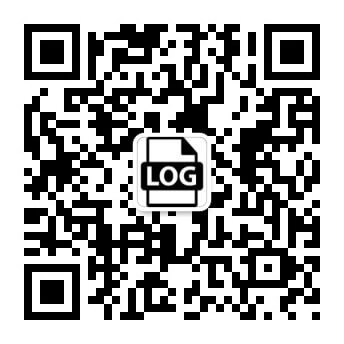